Last week David Aston, the chairman of the British Bee Keepers Association, sent out a letter to members regarding the BBKA position (or lack of one) on neo-nicotinoids. As this letter arrived at the time that the UK Government's Environmental Audit Committee was finalising the taking of evidence on the use of neo-nicotinoids, and as the EU were about to make a decision on banning three specific neo-nicotinoid pesticides, it has generated quite a bit of debate.

The "pro" pesticide lobby, which includes DEFRA and the BBKA, and I say that only because they have consistently ignored the scientific evidence on the effect of these chemicals on bees for years, have grasped at the straw that whilst the European Food Safety Agency press release on the proposed ban said that neonicotinoid use on plants that attract bees was unacceptable, the EU report did not. This is both true and disingenuous. The report, and I have read all 55 pages of it, is aimed at the scientific reader and lists many combinations of crop and formulation that pose "a high acute risk to honey bees". The press release, which is aimed at the general public, uses the word "unacceptable" in place of "high acute risk".

Personally I am waiting for the EU decision later this month, and am hoping that will trigger DEFRA into banning, or at least imposing a moratorium, on neo-nicotinoids for the next few years whilst further testing takes place. Should DEFRA drag their feet, then Buglife, the invertebrate charity, are waiting in the wings to take legal action against them for failing to protect the environment.

I hope that this will eventually lead to an investigation into why DEFRA, and specifically the National Bee Unit have such close links with the agro-chemical companies. It should also focus on why the Chemical Regulation Directorate and the Advisory Committee on Pesticides were so slow to realise that the testing and risk assessment regimes they used were totally inadequate for this generation of systemic, seed treated and cumulative pesticides. After all they have only been around 15 years.

It seems that governments and regulators have yet again been found wanting and it is only persistent campaigning by special interest groups with the help of sympathetic journalists that lead to improvements in society. 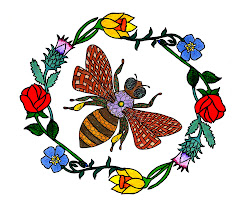